For the most part, Ucluelet (you-clue-let) is a small blip on people’s radar when they plan a vacation to the West Coast, if they know about it at all. It is almost always Tofino that takes the cake. However, for those that know about the hidden harbour oasis of Ucluelet, they never look back. In fact, most would choose Ukee (as it is colloquially known) over Tofino any day. To get the full scoop as to why, read on for the pros and cons of choosing to spend some time in Ucluelet, B.C.

Ucluelet is lesser known than its infamous neighbor on the coast. This lends a hand towards a number of things that make this place a delight to call your West Coast home base. You won’t have to fight for parking, you’ll be able to explore the streets and areas without bumping elbows with hundreds of other tourists, and it’s a great place to simply catch your breath and hang out with the locals.

Although Ucluelet is about 30 minutes from Tofino, it is still pretty close to all of the beaches that this side of the Island is famous for. Just 15 minutes away lies Florencia Bay, and the rest are easily within driving distance. There’s even a bus that goes between the two towns and to some of the surfing hotspots.

The Wild Pacific Trial wraps its way along the rugged beauty of the edge of Ucluelet and the coast. It has been rated as one of the top things to do on Vancouver Island. At 8km long with plenty of different access points, it’s the perfect way to spend an early morning, afternoon, or catch an evening sunset.

Due to such high demand for rooms in Tofino, the rates skyrocket, especially during the summer. While Ucluelet also has higher rates in the summer, they’re still usually cheaper than if you were staying in Tofino. Not to mention, Ucluelet has a number of stunning hotels, resorts and beautiful vacation rentals with ocean views as well. You’ll definitely get more luxe for your buck.

Check out www.vancouverislandvr.com for some great, affordable vacation rentals.

Ucluelet boasts most of the same activities as Tofino, plus the same vibe; maybe even more so these days considering how often Tofino seems to be over run with tourists. Get that serenity of the sea and wilderness with the deep essence of the rustic, West Coast way of life people seek out on Vancouver Island. Ukee also has a number of its own surf shops with way less people going through them, so you’re likely to get better equipment and not have to wait in line.

Have you ever decided to go camping in Tofino on a whim only to discover you should have made your booking months in advance? Well, Ucluelet has a number of campgrounds with full facilities that many Tofino tourists overlook. It’s a great place to pitch a tent or park your camper, and you’re more likely to get a site without planning a year in advance.

There are perks to doing certain activities out of Ucluelet instead of Tofino, especially water-based ones. For those nervous about kayaking or fishing in big swells, rest assured that the waters of Barkley Sound are more protected than those of Clayoquot. Not only that, but some of the best fishing is just outside of Ucluelet, rather than Tofino. You’ll get the same fantastic adventures, but with a bit more ease of mind and stomach.

Our go-to charter is Salmon Eye Fishing Charters. Check them out at their website.

For families, or just those who love seeing sea creatures up close, Ucluelet boasts its own aquarium. It’s an amazing catch-and-release educational Centre, where all of the animals are caught at the beginning of the season and then released back into the wild after the summer. This gives us a chance to learn about the amazing creatures within the Pacific and how to preserve the ecosystem of the coast in a sustainable way.

Check out our blog post on the Ucluelet Aquarium for more info!

During the offseason, storm watching is #1, and there is no better place to do that than Ucluelet. The Wild Pacific Trial and rugged cliffs of Ucluelet versus the sandy shores of Tofino create the best shows of winter waves that Mother Nature can provide. There’s also the Ucluelet Blowhole, which is a unique geological feature that adds to the West Coast winter warrior experience.

Of course, some people love being within a hive of activity and the quaintness of Ukee might not be for everyone. Nothing is perfect, so here are a few things to consider when deciding if Ucluelet is the place for you.

Ucluelet is a little bit more isolated, and unless you want to stay within the downtown core of the small town for your entire vacation, you’ll need to have a vehicle. Doing so opens up the West Coast into being your oyster. Even just heading out to exploring the different sections of the Wild Pacific Trail becomes an easier feat with the assistance of a vehicle. Although most people staying in Tofino will rent a car as well, there’s the option to take the Beach Bus, which goes up and down the coast as far as the Pacific Rim National Park’s boundary.

Because Ucluelet is substantially smaller than Tofino, you can imagine that its selection for restaurants, groceries and shopping might be a bit smaller. That being said, there are still plenty of great places, and the restaurants produce some fantastic food, just be aware that you might not be overwhelmed with all the choices. You’ll still be able to find some perfect souvenirs, too. Sometimes, the best option is to pop into Tofino for a big dinner, and enjoy the rest of your evening back in the solitude of Ucluelet.

3. No Sandy Beaches in Town

Most of the beaches in Ucluelet aren’t exactly what people have in mind when they picture the West Coast. For those incredible long stretches of sand, you’ll definitely need to drive Tofino-wards where plenty of them await. There are of course beaches like Terrace Beach, Big Beach and Little Beach in Ucluelet, but they’re more suited for a bonfire instead of a tanning session. In Tofino, Tonquin is a small sandy oasis that exists basically right down town, and places like Cox Bay and Long Beach are closer to the Tofino side of things.

This might seem like a bit of a contrast, but there are also cons to not being as tourist-inclined as Tofino. Ucluelet, while still possessing most of the same activities, has less tourist-specific options. That means less interpretive walks, less wildlife safari charters and less options for things like whale watching charters.

Although Ucluelet has what is probably one of the best and most accessible trails on Vancouver Island, Tofino definitely has access to more of them. The Lone Cone Hike and Big Tree Trail, for example, are located on Meares Island, which you can reach by water taxi out of Tofino. It also has the Bomber Plane Trail and Wild Side Trail.

Check out some hiking trails on our hiking page.

Ucluelet is sometimes described as being a little bit sleepy. While Tofino has its fair share of places to grab a wonderfully crafted cocktail and hit the dance floor, Ucluelet has places to grab a pint and hit the hay by 10pm. It’s more of a spot to get together with friends over a beach fire and a bottle of wine, rather than have a rowdy night out. There is a place to go bowling with a beer though!

The closest airport to Ucluelet is in Tofino. This isn’t too far away, but it makes for some extra planning and coordination. You’ll need to make that extra half hour drive to get to Ucluelet by a rented car, taxi, or bus, plus coordinate luggage and plan for your return flight. Most people drive across the Island, but if flying is an option, it’s something to consider. 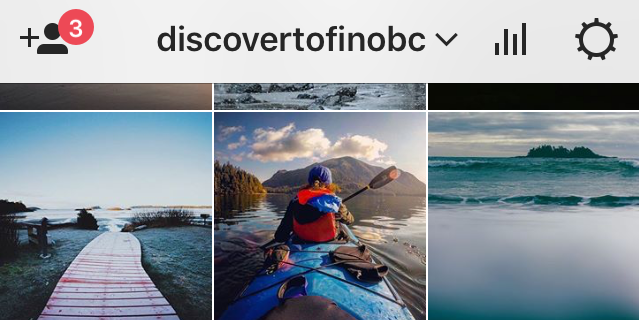 Tofino is a sought-after destination. Photos of your “rustic” cabin on the beach in the West Coast paradise of Tofino are talking points and bragging rights for your Instagram, Facebook and amongst all your friends. Unless you’re going for that hip hidden gem thing, Ucluelet just doesn’t quite have the same ring to it as Tofino does; especially if no one you know has heard of it. Most people probably don’t care about this point when considering a vacation, but you never know this day and age.

So there you have it, some major points to consider when booking into Tofino or Ucluelet. You can always spread your time out between the two to give yourself a better idea for next time. Ask any Ukee local (and maybe even some Tofino ones) though, and they’ll tell you it’s a no-brainer – Ukee all the way.

Tyee Time in the Sound
Scroll to top